Aerobic exercise is considered any activity which allows the blood to pump and the larger muscle groups become engaged. It is also referred to as cardiovascular activity. Aerobic exercise examples include: playing flag football, cycling, running, heavy gardening and cleaning, swimming, and brisk walking. The experts in the field recommend getting at a minimum of 150 minutes of modest aerobic exercise. It is also recommended that if this is not possible, then 75 minutes of dynamic activity per week. Swimming or brisk walking are examples of exercise that are moderate. Cycling and running are considered vigorous exercises. There is a reason that aerobic exercise is recommended and the following will highlight the benefits of such aerobic activity.

The American Heart Association highly recommends aerobic activity and the majority of health care providers as well. Especially to individuals that are at risk for, or suffers from heart disease. This is due to the fact that exercise strengthens the heart. Plus, it assists the heart in effectively pumping blood to all parts of the body.

Cardiovascular activity could also aid in reducing blood pressure, and maintain clear arteries by increasing HDL or high-density lipoprotein cholesterol. It also decreases the levels of LDL or low-density lipoprotein found in the blood. In the event that the individual is seeking to reduce cholesterol and blood pressure. They should aim for at least forty minutes of moderate to vigorous-intensity aerobic activity between three to four times per week.

In the event that the individual is having difficulty falling and staying asleep during the night, they should try cardiovascular activities during the waking daylight hours. A study that concentrated on individuals with chronic sleep conditions. Uncovered that a frequent exercise regimen accompanied by education on sleep hygiene is very effective for the treatment of insomnia.

Individuals in the study completed aerobic exercises for sixteen weeks, then filled out surveys regarding their general mood and sleep. The activity group recounted better quality and duration of sleep. They also reported improvements in their day-to-day vitality and wakefulness. Working out too close to bedtime might make it a bit more challenging to sleep. Try completing the exercises a minimum of two hours prior to going to bed.

Individuals might have been told that exercise and diet are the stepping stones to weight loss. However, aerobic activity by itself might hold the key to assisting individuals in losing weight and maintaining it. In a study, overweight individuals were asked to allow their diets to remain the same. However, they were to engage in aerobic sessions burning between 400 to 600 calories, five times weekly, for ten months.

Results from this experiment displayed significant loss of weight in both males and females. The majority of participants jogged or walked on treadmills for the most part. Depending on the speed and weight, individuals might need to jog or walk as much as four miles to burn up 600 calories. Reducing calories in association with aerobic activity could decrease the amount of exercise required to lose a similar amount of weight.

Scientists from Pennsylvania State University assessed active and inactive females and the effect of exercise on their immune systems. One group was not allowed to exercise, while another group completed a burst of intense exercise for thirty seconds. The last group exercised on a treadmill for thirty minutes. Each female had their blood taken prior, after, and during intervals during the days and weeks subsequent to the activity sessions.

The results uncovered that regular and moderate aerobic activity enhances specific antibodies within the blood known as immunoglobulins. These antibodies, at the end of the day, strengthens the immune system. The inactive group of females recorded no improvement in the function of their immune system. Plus, their cortisol levels were higher when compared to the active groups.

After the age of thirty years old, the brain begins to lose tissue. Scientists have discovered that aerobic activity might retard this process and also improve cognitive performance. In order to confirm this theory, fifty-five older adults submitted MRI or magnetic resonance imaging scans for assessment. The individuals were then evaluated to determine their health, which included aerobic fitness. The fittest individuals displayed overall brain tissue that was more robust. This led scientists to believe that aerobic activity is great for the body and for the brain.

previousIs Muscle Confusion A Shortcut To Fitness?
next8 Best Workouts For Sore Muscles 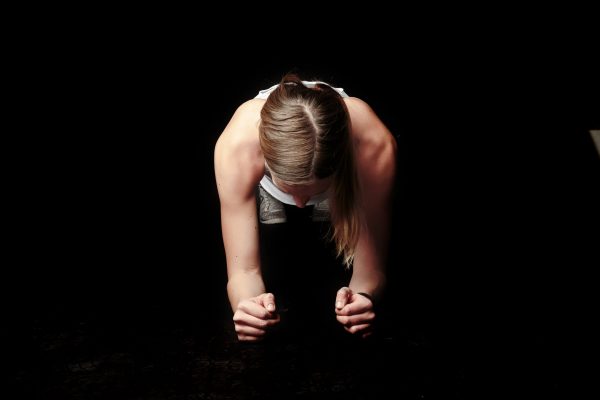